This study aims to analyze the power struggle of the AKP between 2002 and 2010 with the founding ideology of the Republic, Kemalism, and the (Kemalist) social segments as well as the establishment, and the character transformation of the AKP in the process. The analysis is based on the position of the AKP in the official ceremonies and receptions held on the national days, determined by Kemalist historical narative, namely the 19 May Commemoration of Atatürk, Youth and Sports Day, the 23 April National Sovereignty and Children's Day, the 30 August Victory Day and Turkish Armed Forces Remembrance Day, and the 29 October Republic Day. Although there have been studies on this power struggle from political, social and economic perspectives, there is no other study from the perspective of social memory studies using the literature on commemorations. In this context, this study first reviews the meaning of wars and narratives of wars for nation-states in order to explain why these days were defined as national holidays, and then why it is important to celebrate national holidays. Finally, it will be shown that the AKP was first “a civil servant” and then “an obligatory guest” as far as its position in these ceremonies is concerned. 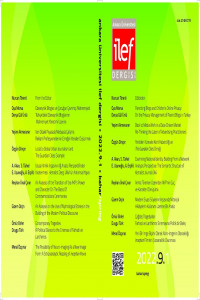